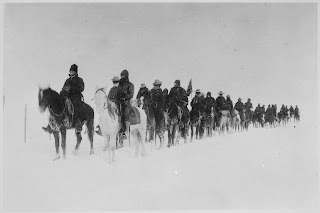 The return of Casey's scouts. Soldiers plow through the ice and snow following the massacre at Wounded Knee, South Dakota in 1890. Photo part of the National Archives and Records Administration/Public Domain.

Oh Zintkala Nuni, precious Little Lost Bird, since I first read your story I have cried so many tears for you, a miracle, a gift to your people who all stopped to admire you when you were born, feeling grateful to have someone so lovely among them. Your true name is lost forever, but your memory lives on in the hearts of those who still fight for justice for the victims of the Wounded Knee Massacre and your ancestors. 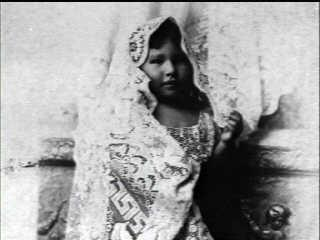 
Your family was massacred and you seemed to survive, but no one can survive an experience such as yours and after years of suffering the worst pain imaginable--the knowledge of what was done to your family and the horrific story of how you survived--you finally joined them.

It is my hope that you have also, finally found peace. 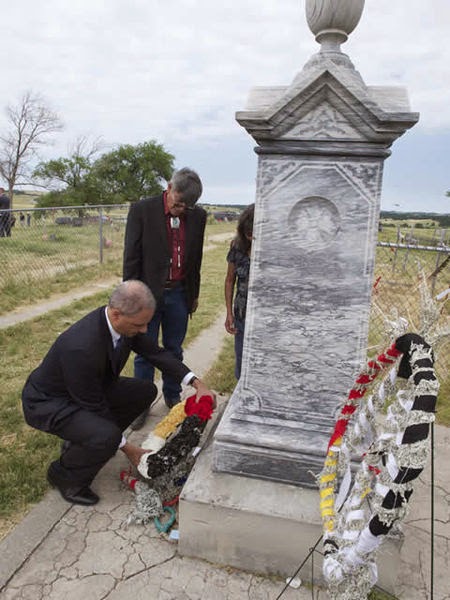 US Attorney General Eric Holder laying a wreath at the site of the Wounded Knee Memorial. Photo taken September 26, 2009/Public Domain.
I have spent the past year struggling with the painful loss of members of my family and a writers block that I began to think I would not break! This post is an attempt to jump start my writing, as well as to complete my participation in last years A to Z Bloggers Challenge. Here I will discuss one of the few survivors of the Wounded Knee Massacre: Zintkala Nuni, or Little Lost Bird, how she suffered through the loss of her mother, her extended family, most of her tribe, and what little self-respect she had left after she was found in a ditch following the massacre at Wounded Knee.

I wish I could offer you a happy ending with the story of this child who miraculously survived the Wounded Knee Massacre, but out of respect for this child and her family I can only share the cold and bitter truth, a story of terror and unimaginable horror that will break your heart, as it should. 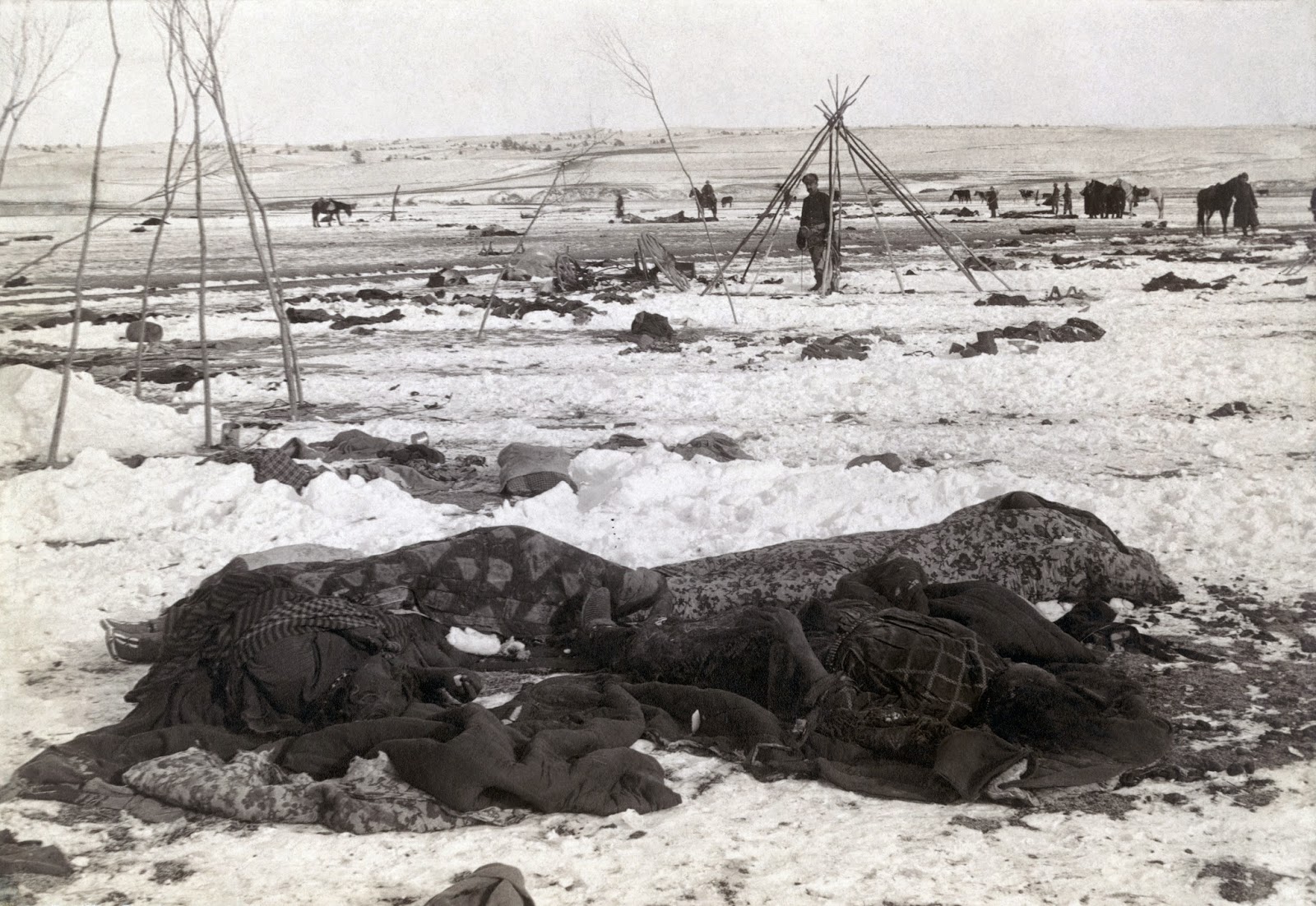 The bodies of four Lakota Sioux, victims of the Wounded Knee Massacre. Photo taken three weeks after the massacre circa January 17, 1891. Photo is public domain.

Zintkala Nuni, The Little Lost Bird of Wounded Knee
What is your earliest memory? A birthday party with cupcakes and friends? Falling asleep in your father's arms? Imagine lying beneath the body of your dead mother on the bloody snow in a South Dakota field for four days. No comfort for your fear, no food, too terrified to make a sound and no one to hear you even if you did cry. These were the early memories of Zintkala Nuni, Little Lost Bird.
Zintkala Nuni, or Little Lost Bird, was born somewhere on the prairies of South Dakota in the spring of 1890. She was a victim of the Wounded Knee Massacre. Some call this event the Battle of Wounded Knee, others believe it is more accurately described as attempted genocide. The Massacre at Wounded Knee occurred on December 29, 1890, on the Lakota Pine Ridge Indian Reservation in South Dakota. 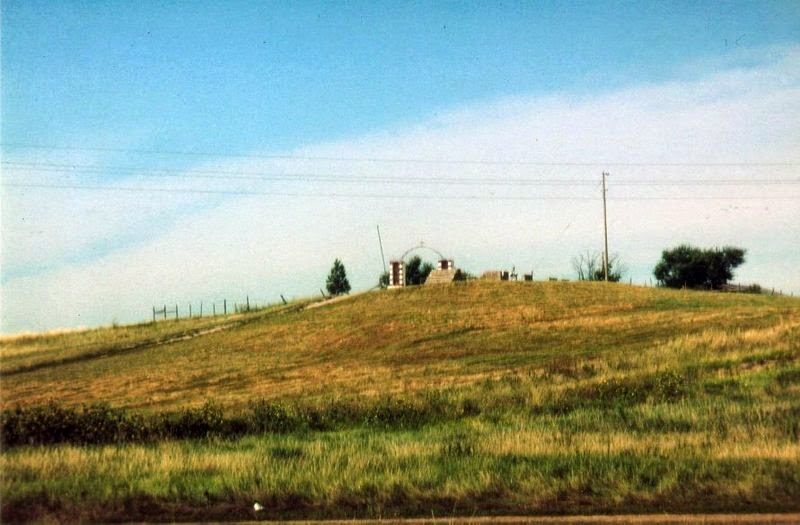 It is believed that the Wounded Knee Massacre began when a deaf Lakota named Black Coyote refused to hand over his gun to soldiers of the U.S. Seventh Cavalry who were instructed to disarm the Lakota living on the reservation. (For more information, read the previous set of posts on this event below.) 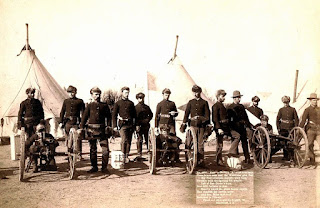 
A shot was fired during the scuffle and the soldiers started firing on all men, women, and children, including the unarmed women trying desperately to save their families by running for any shelter they could find. Later, their dead children were found held tight and frozen stiff in the arms of their mothers as they lay together in the snow. 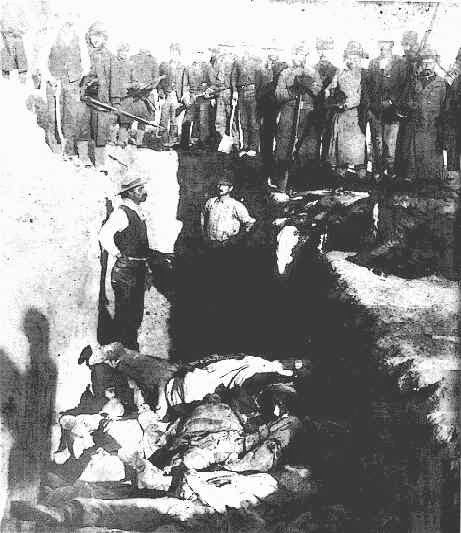 The mass grave of Lakota Sioux victims of the Wounded Knee Massacre. Photo in public domain.
What was the mother of Little Lost Bird thinking as she crawled through the freezing air to the river bank and lay dying in the snow? Like any mother, she thought only of her child. She moved slowly through the damp cold trying not to attract attention, searching for the only shelter to be found on the frozen prairie, near the banks of the river, where she could hide from the gunfire and possibly save her child. Exhausted, and with little life left in her body, she lay on top of the child, hoping to both hide her from the soldiers and keep the baby warm. The child lay beneath her for four days, protected by the dirt wall, snow mounds, and her mother's frozen body. By the time she was rescued she was likely close to dying. No one knew her real name, so she was called the Little Lost Bird of the Wounded Knee Massacre. 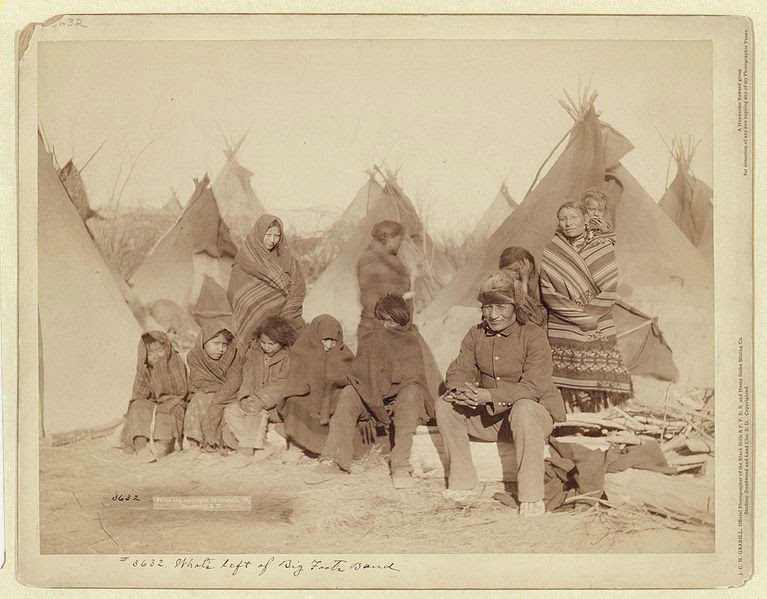 
A Life Saved and Peace Denied

Following the massacre the news of the atrocity spread quickly around the world and many people were appalled by what they heard of the events at Wounded Knee. The story of Little Lost Bird may have provided some with hope--there were few survivors--but most people were sickened by the thought of a helpless baby lying for days beneath her mother's frozen body. 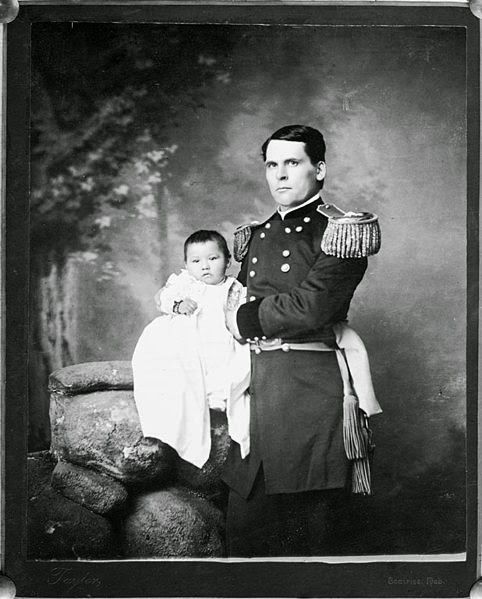 As her story spread across the country Little Lost Bird was moved from one family to another in a different sort of battle, a custody fight. She was finally given to General Leonard Colby of the National Guard, future Assistant Attorney General of the United States, who posed proudly for photographs showing the child in his arms. Unfortunately for him General Colby failed to inform his wife, Clara Bewick Colby, that he adopted the child. 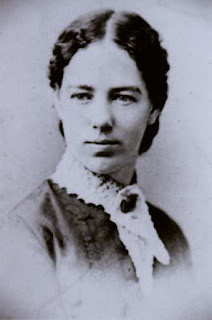 Clara was a suffragist, activist, lecturer, publisher, and writer, and she happily took on the role of mother to Little Lost Bird. She later expressed her belief that her husband had kidnapped the child in order to draw clients to his law practice, to exploit her even further. Leonard Colby's intentions were far from honorable. He later abandoned Clara and Zintkala Nuni to start a relationship with Little Lost Bird's governess. Clara Colby and Little Lost Bird struggled to survive, and when she was 17, Zintkala Nuni ran away from home. She was recovered and sent to live with her father and his new wife, then discovered she was pregnant and was sent to a reformatory. Her child was stillborn and she returned to live with her adopted mother, Clara Colby. Clara Colby testified in court that Zintkala Nuni was sexually abused by her former husband, General L. W. Colby, while she was living in his home with his second wife. 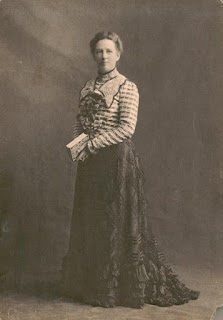 Zintkala Nuni returned to South Dakota on numerous occasions seeking information about her family and any possible surviving relatives. She married briefly, then discovered she had contracted syphilis. They did have children together--two died, and she gave one of her children away. She eventually ended up in Buffalo Bill's Wild West Show. According to author Renee Sansom Flood, Zinkala Nuni also appeared in silent films and Vaudeville. It is possible she worked as a prostitute on occasion in order to survive. She continued searching for her family and desperately seeking peace, but there would be no answers or peace for the Little Lost Bird. On February 14, 1919, Valentine's Day of her 29th year, the Little Lost Bird of Wounded Knee died of influenza while in California. 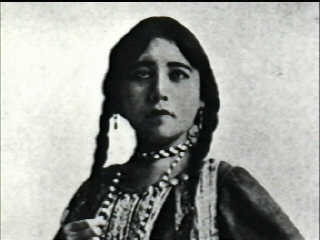 Zintkala Nuni appeared in Buffalo Bill's Wild West Show and in silent films, but succumbed to alcoholism at the age of 29.
After her death, Zintkala Nuni, the Little Lost Bird of Wounded Knee, became a symbol of the oppression of her people and the terrible events that occurred at Wounded Knee, South Dakota.

In July of 1991, the remains of Zintkala Nuni were moved from her burial site in California and reinterred near the mass grave where the rest of her people were buried. According to Eric Harrison writing for The New York Times, Zintkala Nuni was buried with a photograph of her adopted mother, Clara Bewick Colby, on her coffin, along with an Indian blanket. The burial ceremony was conducted in both Lakota and English and leaders of her people in attendance purified the gravesite with sage and by planting cherry trees, a symbolic tree of life. ﻿