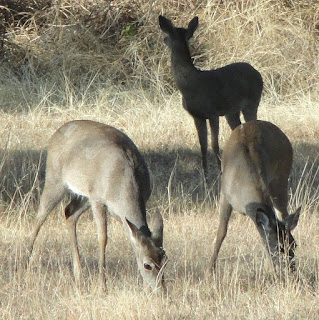 I've lived in Colorado most of my life, but I did spend around eight blissful years living in the gorgeous Texas Hill Country town of Kingsland. My home was round, with floor to ceiling windows and sliding doors. The house was on five acres of live oak trees with a running stream and forest land on all sides. It was like living in a fish bowl, but I was the fish with the wildlife staring at me through the glass day and night. It was an animal lover's dream.

About that time I started working on my family genealogy, trying to fill in spaces on an extensive piece of work belonging to my younger sister. I was surprised to learn that most of my ancestors originally lived in Texas. However, a few of my ancestors moved to Texas during the American Civil War to live on a piece of inherited land.

Because my great great (etc.) grandfather originally came from Ohio he was considered a possible threat to the minority of northern Texans who wanted Texas, which had just joined the United States, to secede from the Union and join the Confederacy. My ancestor was rounded up by a group of former Southern plantation owners who arrived in Texas around the same time trying to protect their old way of life, then murdered during The Great Hanging at Gainesville, a rather disturbing title for a deeply traumatizing event where 41 Texas residents were executed in an act of mob violence spurred on by the local press.

Unfortunately, this type of event was not uncommon in Texas because Texas was a wild place at that time where people often sought refuge when they were in trouble with the law or trying to run from their personal problems. When they left their homes for Texas family members marked the door GTT in chalk, which stands for Gone to Texas. 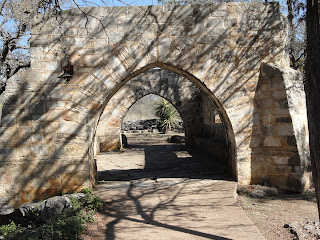 The entrance to Longhorn Caverns, a favorite hideout for outlaws in the Texas Hill Country located a few minutes from my former home. Photo by Darla Sue Dollman.

According to the Allen Heritage Guild Depot Museum's “Gone to Texas” exhibit, the phrase became popular around the 1840s, about the time that the Peters Colony Land Grant Company offered 640 acres of land to "heads of households and 320 acres to single men" in the to entice immigrant families to populate the Blackland Prairie of Texas. Contrary to the popular view of Texas as a desert land filled with cactus and cattle, Texas is actually known for its magnificent beauty. It contains 23 percent of the woodlands of the southern United States and thanks to Former President Lyndon B. Johnson's wife, "Ladybird Johnson," it is also known for its vast fields of wildflowers. 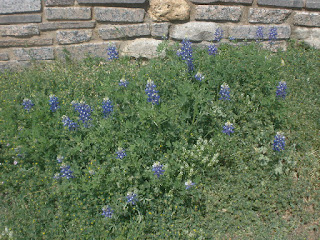 In addition to outlaws and its abundance of wildlife, Texas is also known for its massive spring blooms of Bluebonnets. Fields of blue everywhere you look entice visitors to the Hill Country each year. These were photographed at my former home. Photo by Darla Sue Dollman.

However, according to an article posted in Philadelphia's National Gazette (quoted from the original source contained in the collection of Kameron K. Searle) the phrase Gone to Texas was in use long before the 1840s. The article, dated December 29, 1825, discusses vacancies that needed to be filled in the Missouri legislature. According to the article, one of the vacancies was created by a Colonel Palmer who "is said to have taken French leave and gone to Texas." (French Leave meant to leave without permission, similar to the phrase "absent without leave" or "AWOL," a popular contemporary term borrowed from the American military).

I am unfamiliar with Colonel Palmer, but according to information in The Handbook of Texas Online it is possible that the reference to Palmer leaving for Texas was not meant as a compliment. The Handbook of Texas Online quotes from a book by Frederick Law Olmstead titled Journey Through Texas and published in 1857. In the book, Olmstead states that he is unsure of exactly when the phrase "Gone to Texas" acquired a negative context, but at some point in the 1800s the phrase came to mean that, unlike my ancestors who moved to collect an inheritance, the inhabitants of the home left for Texas for "some discreditable reason."

The Texas Handbook Online also quotes from the 1844 book GTT by Thomas Hughes who explains in the preface to his book that "When we want to say that it is all up with some fellow, we just say, `G.T.T.' as you'd say, `gone to the devil, or `gone to the dogs.' 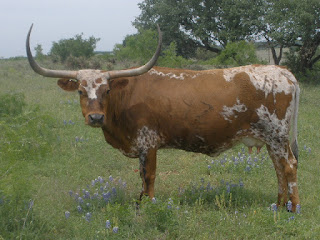 In addition to its reference to outlaws or troublemakers, the phrase also became synonymous with the idea that Texas was the place to be for those who were trying to start over, to start a new life. Since communication with families in other states was a challenge in the early 1800s, the phrase "Gone to Texas" or "GTT" was marked on front doors to notify family and friends who traveled from other parts of the country that the home's occupants moved to the former country of Texas (Texas became its own country in 1836 and became its own country in 1845).