Divorce in the American Old West 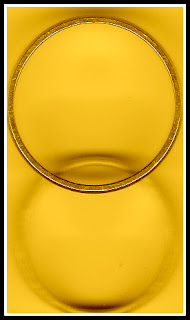 Engagement Rings. Photo by Piotr Frydecki.
Although the days of the American Old West ran concurrently with the Victorian Era, and in spite of the fact that one of the most powerful countries in the world, England, was controlled by one of the most respected women of the world, nevertheless, women were rarely allowed to choose their own future, particularly when it came to issues such as marriage and divorce. 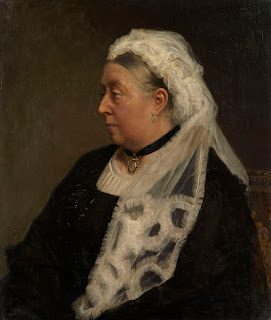 However, in the American West, where women were scarce and morals were, well, questionable at times, divorce was far more commonplace. Oddly, this changed the way divorced women were treated. Just as a widow would be forced to fend for herself, so would a divorced woman, and her situation was viewed with sympathy and compassion.

A Painful and Shocking End

Divorces are never easy, but in the Old West where news traveled slowly (unless the news was about a recent discovery of gold) divorces could be particularly painful. In her book The Women: The Old West, Joan Swallow Reiter tells of one man who was visiting family back East and inquired about the welfare of his wife as he hadn't heard from her in some time. Unfortunately, the news was not good. His wife had divorced him six months earlier and never bothered to tell him. This was not a rare occurrence in the Old West where divorce was easily obtained, often against the wishes of one of the parties involved. 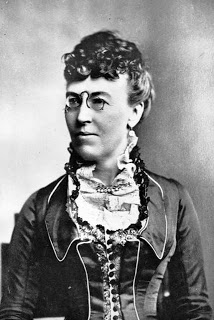 One of the most famous divorces in the Old West occurred between Augusta Tabor, an adoring and loyal wife, and her philandering husband, Horace, who fell in love with a much younger woman, moved out of the home and left Augusta to fend for herself and care for their child alone.

Augusta refused to divorce her husband, to no avail. The divorce was finalized and the young "Baby Doe" became the new Mrs. Tabor. Horace Tabor died a broken man. He lost his fortune and his reputation. At the time of his death he was working as the Postmaster in Denver, but for a short time was forced to live in a mid-class hotel with his new wife and their children.

Augusta Tabor, who had supported her husband's ventures every step of the way by cooking for miners, setting up tents, renting rooms in their home, and doing everything she could to provide for her family, was told she would receive nothing from her husband when he left her. However, she continued to work hard and became a shining example of the women of the American Old West--determined and proud. When she died she left their son an inheritance of over a million dollars. Baby Doe Tabor died in a shack outside a mine once owned by her husband.

Divorce could be nasty business in many ways, and always painful, but most women found ways to make lemonade out of lemons. Augusta Tabor sold a lot of lemonade! 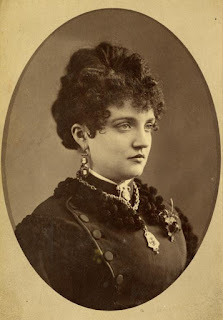 "Baby Doe" Tabor, also known as "the homewrecker."
The Odds...

According to Keith Wheeler's The Townsmen, single women often gathered in large groups to travel to the West in search of husbands, and for good reason. For instance, after the American Civil War, few men returned home and the wives and daughters of these deceased soldiers were forced to fend for themselves. This changed society in many ways, particularly marriage.

An 1880 census showed that in Colorado the white population consisted of 1577 women and 32,654 men. (The Federal census only counted the white population at that time). The odds that these single women would find husbands were in their favor, but women were not always treated with the respect they desired or deserved, as we learned with the story of the Tabors. Thankfully, these situations were easily remedied. If a woman chose to seek a better life, in many states she was granted her request for divorce in as little as ten days and was then able to move forward however she should choose.

Taking Charge of Their Lives

The difference between divorce in the Old West and other areas of the world is that women were able to make their own decisions about their future and take charge of their own lives while still retaining the respect of their peers. They were also able to support themselves with respectable employment without feeling censured by the local society. As Augusta Tabor proved, there were plenty of jobs to be had other than working in saloons.

Reiter quoted a young woman in her book who, around 1880, wrote to her family to explain the difference in social views. Young Nannie Alderson explained that in her home town in West Virginia, "...you have to have your pedigree with you to be accepted anywhere."

Alderson was pleased with the society she found in the West. "What impressed me the most," she said, "was the fact that a girl could work in an office or a store, yet that wouldn't keep her from being invited to the nicest homes or marrying the nicest boys. This freedom to work Seemed to me a wonderful thing."

Fascinating! I had read that "the gentler sex" were often left to manage everything on their own while the men went off mining or to war. It's nice to know they had an option to get out of the marriage contract and save themselves if they wanted to, either by taking ownership when left to run things or by returning home.

Yes, even prostitutes were viewed with a bit more respect. I think that people in society recognized that the West was a harsh, difficult place and there simply wasn't room for the snobbish judgments of the past.