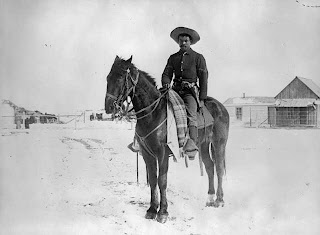 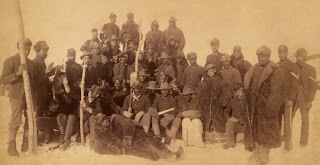 I apologize for the original post last night. I was working on this article in two windows and accidentally posted the draft. I hope I didn't confuse anyone. Thanks for reading!

Great article as always. Didn't know they fought in WW2. We've had 'Red Tails'. Would love to see a Buffalo Soldiers movie. Hope you have a good Christmas.

I would like to write more about some of their accomplishments. They took their jobs very seriously and deserve more recognition. I have a feeling I'll be adding to this post as more comments come in. The post is attracting a lot of attention, so it is obviously a topic that is as important to others as it is to me.

Actually, this post appears to be making its way up the ranks to one of my most read posts. I pay close attention to stats when trying to decide on topics. Obviously, readers want more, so I will give it to them.

assignments web said...
This comment has been removed by a blog administrator.
December 19, 2012 at 2:21 AM

Keep history alive and well by telling that history:

I know you’ll enjoy the novel. I wrote the story that embodied the Native Americans, Outlaws and African-American/Black Soldiers, from the east to the west, from the south to the north, in the days of the Native American Wars with the approaching United States of America.

The novel was taken from my mini-series movie with the same title, “RaPR” to keep the story alive. The movie so far has the interest of major actors in which we are in talks with, in starring in this epic American story.

When you get a chance, also please visit our Alpha Wolf Production website at; http://www.alphawolfprods.com and see our other productions, like Stagecoach Mary, the first Black Woman to deliver mail for the United States Postal System in Montana, in the 1890's, “spread the word”.

I will check it out--thank you for the information!