Colorado's Pike's Peak in the Days of Exploration 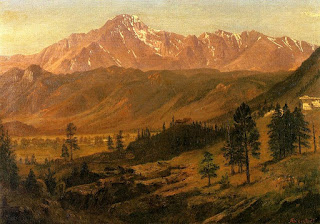 Pikes Peak is the highest summit in North America's Rocky Mountain's Front Range, towering above Southern Colorado at an elevation of 14, 114'. This lovely mountain has inspired one of America's most famous songs--America the Beautiful--and played an important role in the story of the American West. It has also had many names, but my favorite is the first known name--Sun Mountain Sitting Big!
\ 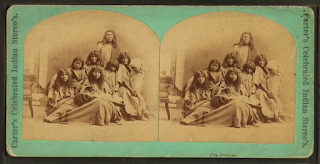 Although researchers are fairly certain that the Clovis Native Americans lived in the Pike's Peak area approximately 12,000 years ago, it is also believed that the Ute were the first to document Pike's Peak. The Ute were also known as the Blue Sky People according to Pike's Peak--America's Mountain, and the mountain was known to the Ute as Sun Mountain Sitting Big. It is not known for certain if any Ute ever reached the peak, but there can be no doubt that they tried, or at the very least carefully explored the region. After all, they did believe that their entire world was created at the location of the Sun Mountain Sitting Big! 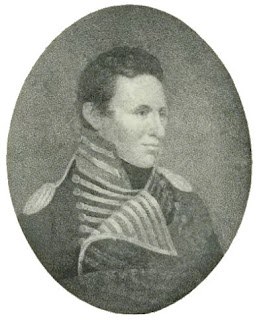 In his forward to the printed edition of Zebulon Pike's journals and letters Donald Jackson aptly stated that "Nothing...Zebulon Montgomery Pike ever tried to do was easy, and most of his luck was bad,” This may be true to some extent, but he never stopped trying, and for this reason the Sun Mountain Sitting Big was named Pike's Peak.

Pike was originally from New Jersey and followed in his father's footsteps, joining the U.S. Army when he was twenty, serving under James Wilkinson Commander of the U.S. Army and a secret double-agent for Spain.

Wilkinson provided Pike with an important assignment. In 1805 Pike led an expedition to explore the upper Mississippi while Lewis and Clark were exploring west of the Missouri. Unfortunately, Pike incorrectly identified the river's source and made few friends with the local tribes, but he did return with important geographical information according to Bob Moore's "Zebulon Pike: Hard-Luck Explorer."

The following year Wilkinson sent Pike and his men on a dubious assignment that eventually led them to what is now Southern Colorado. This is when Pike's story truly captures my attention.

For years I made a two day drive from Texas to Colorado then back again to visit my grandchildren. I lived in Colorado most of my life, but spent a few years in the Texas Hill country, which I loved, but every time, without exception, that I drove close enough to view the mountains on these many drives--sometimes six times a year--to visit my family and saw the Colorado Rocky Mountains once again I cried like a child who hasn't seen her mother since childhood. If I made the drive through Eastern Texas, into Northern New Mexico, across Raton Pass and into Southern Colorado. Then I stopped by the side of the road to stare up at Pikes Peak, mesmerized by her magnificent beauty. 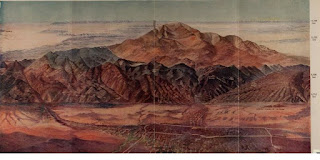 Pike's Peak mountain with Manitou Springs in the foreground. The image was taken from Stop at Pike's Peak on your Way to or from the Expositions (for 1915 Panama-Pacific International Exposition). Public domain.


So, how are my memories connected to those of Zebulon Pike? When Pike first set his gaze upon Sun Mountain Sitting Big he mistakenly thought he was staring up at a small blue cloud, then his heart was filled with amazement and wonder as he realized it was not a cloud at all, but a towering blue mountain.

Pike settled most of his men in the City of Pueblo 35 miles south as it was nearing winter and he didn't want to risk the entire expedition, but he knew he had to return to the mountain, which he did. He called it Grand Peak. Unfortunately, he was unable to return until November. Pike and his men had reached one of the smaller peaks and were still in their summer uniforms. The men failed to reach the peak of the blue mountain, but they did climb Mt. Rosa and became the first documented Europeans to complete a high-altitude ascent of a North American mountain, so his luck wasn't all bad!

In 1820 Major Steven Long left with 22 men on the Long Expedition. His intention was to explore the mountain. They reached the base, but it took longer than expected and Long wanted to return home, but naturalist Dr. Edwin James who was also on the expedition convinced Long to give James a chance to climb the peak. Long agreed to wait for three days, and as it was a summer expedition with little to impede his progress, James easily succeeded in reaching the summit with two other men in just two days.

They spent one hour at the top before returning to base camp with copious notes including documentation of what would become Colorado's state flower, the blue Columbine. Major Long was so impressed he decided to call the mountain James' Peak.

Another famous explorer, John Charles Fremont, made the final decision to name the mountain Pike's Peak because Zebulon Pike was the first explorer to officially document the mountain's existence, but another mountain was later named after Dr. James and Long's Peak, the highest point in Rocky Mountain National Park is named for Major Long, but Pike's Peak, thanks to John Fremont, is still named Pike's Peak.

I am not the first woman to be overwhelmed by the great beauty of this mountain. In 1893, 33 year old Katherine Lee Bates, a professor at Wellesley College (she also taught university level English, so I feel a connection with her, as well), traveled by train to Colorado Springs. She was scheduled to teach summer school at Colorado College, but fell in love with Sun Mountain Sitting Big.

Sitting on the mountain top, words, descriptions, and rhymes began to flow in the mind of Katherine Bates, and when she returned to her room at the famous Antlers Hotel she sat at her desk and wrote her most famous work. The mountain inspired Bates to write a poem that includes references to the wheat fields of Kansas, references I think of every time I pass these fields on my travels, as well. Pikes Peak brought "For purple mountain's majesties" to the page. The poem was combined with the music of Samuel A. Ward in 1910 and became "America the Beautiful."

This song, and "The Star Spangled Banner," will always be my favorites songs. I taught them to my children and grandchildren, explaining each reference in great detail, and believe they are two of the most important songs Americans should know by heart and hopefully feel deep within their souls when they hear the words.

I lived in the shadow of Pike's Peak for six years. It was a great view every day!

I'll bet it is! I would never have moved. Great views, and such great history, too!

I would love to see the mountains of Colorado someday. Going there is on my bucket list and reading this bit of history makes me want to get that done, asap! Loving your history lessons so far and can't wait to see what comes next!

Thank you so much! I love writing! Unfortunately, I ended up in a transitional homeless situation while trying to sell my house and I'm struggling to keep up with the A to Z Bloggers Challenge, but I will be posting again! I love the history of the American West and cannot imagine a time will come when I will stop writing about it. I take breaks, but I always come back. I'm posting again tonight--it's the research that slows me down, but I believe it's important to list sources so readers can participate in the research, as well. You probably read that my blogs were hacked so some of my posts are missing photos, sources, and first paragraphs, and years of posts were deleted from my two top blogs, but I'm slowly repairing them. I'll get there, I promise.

Hi Darla Sue, John from the A to Z Challenge. Sounds like things are ganging up on you. Is there anything we can do to help you get thru the Challenge?

No, John, I am doing the best I can. My blog is being spammed daily by a former neighbor and I'd love to tell you more, but I think the wise thing to do is for me to just keep moving forward. I've been behind before and finished. I've also fallen behind and taken a year to complete the challenge, but I did finish! Lol!

Thanks John. I have two in the lineup right now that just need proofreading then I should be able to do two a day until I catch up.