Alice Fletcher meets with Chief Joseph at the Nez Perce Lapwai Reservation in Idaho, 1889. The man on one knee is James Stewart, her interpreter. The photograph is by Jane Gay, who wrote in her book With the Nez Perce that James Stewart only knelt on one knee when he was anxious. Although Alice Fletcher seemed calm and determined, her work was quite dangerous considering the tensions between the white men and Native American Indians at that time.

Alice Cunningham Fletcher (1838-1923) was an American Ethnologist who studied and wrote about the culture of the Native American Indians. She was also one of many people who saw the crisis of Wounded Knee coming in the near future and tried to intervene, to do what she could to help the Native American Indians. She was a surprise to the people--small of stature and tireless in her work, but her efforts were greatly appreciated.

Alice Cunningham Fletcher came from a wealthy family in Havana, Cuba. Her father was a graduate of Dartmouth and successful attorney in New York who moved the family to Cuba for health reasons. According to the National Anthropological Archives, when Fletcher's father died, her mother, who was also educated in the best schools, moved her children back to Boston so they could continue their education in the United States.

After graduating from college, Alice Fletcher worked as an educator, but she was also active in organizations for the advancement of women. She also had a lecture tour where she discussed the history of human life and her belief that ancient history was best explored through archaeology and ethnography, or the "scientific description of the customs of individual peoples and cultures."

Fletcher attracted the attention of Frederick Ward Putnam, Director of the Peabody Museum of Archaeology and Ethnology at Harvard University. He was impressed by her knowledge, as well as her determination and invited her to study with him. At first she was reluctant--in spite of her determined spirit she still believed she was not qualified for such a distinction, but she soon realized the magnificent opportunity Putnam's invitation promised to further her education, so she agreed. It was Putnam who encouraged Fletcher to study the remains of the Indian civilization in the Ohio and Mississippi Valleys. 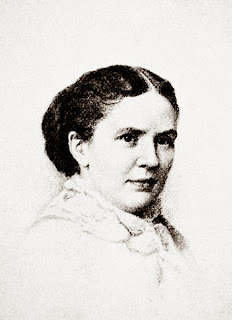 Putnam also encouraged her to join the Archaeological Institute of America. These were great accomplishments for a woman in the 1800s, but not enough for Alice Fletcher. During her explorations she learned too much about what was happening to the Native American Indians and she knew she could not turn away from the atrocities she witnessed.

She was an unmarried woman of 43 at the time and I think her decision to travel and study among the Native American Indians at her age and without military protection of any kind surprised everyone. She was discussed in many scientific circles--few people believed she would succeed in her goals. 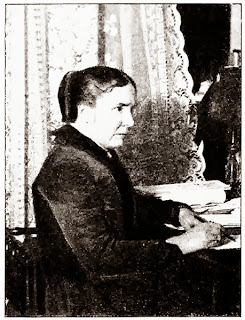 Nevertheless, on September 16, 1881, Fletcher left with her companions--Susette La Flesche, an Omaha Indian, and Thomas Henry Tibbles, a journalist--to begin her studies and prove her critics wrong.

She first traveled to the Nebraska Territories in 1881. She lived in the camps among the Omaha, Winnebago, Poncas, and Nez Perce. According to Story of the Great American West, she would tell the people as she entered their camps, "I came to learn...your ways, your songs, and to see if I can help you in any way."

Fletcher documented the history of the people, their culture, language, and religion as she visited the various tribes. More importantly, she documented what was happening between the Indian Agents and the Native American Indians, and the fact that they were not receiving their allotments of food, supplies, and clothing. What she discovered appalled her. She was angered by the amount of corruption in the Indian Agent system and the lack of government oversight.

In 1883, Alice Fletcher decided she'd seen enough government corruption and she left for Washington, D.C. to talk to politicians about the mistreatment of the Native American Indians and ask for assistance. She worked on a bill that allowed the Omaha people to claim title to their own land and helped promote it's passage through Congress. She returned to Nebraska, and from 1883 to 1885 worked as a government agent. She personally supervised the parceling out of 76,000 acres of land to the Indians.

This same year, Fletcher was appointed Special Agent to the U.S. to allot lands to the Miwok tribes. The following year, in 1884, she was sent to the World Cotton Centennial to present and exhibit on the progress of civilization among the Native American Indians. In 1886 she extended her explorations to Alaska and the Aleutian Islands to investigate the education of tribal people. When the Dawes Severalty Act was passed in 1887, Fletcher was again appointed Special Agent in the allotment of lands, this time to the Winnebago and the Nez Perce.

In 1889, Fletcher was once again in Idaho working with the Nez Perce, directing surveys of allotted lands to the people. She worked for 22 months straight in challenging conditions described as "blazing heat and bitter cold." She impressed the Native American Indians so deeply with her tireless efforts to help them that they referred to her as The Measuring Woman, the woman who measured everything, making sure the people received what they were promised.
A Grievous Error?

Although clearly her heart was in the right place, according to the National Anthropological Archives many believed Fletcher's land allotments and other benevolent works were a grievous error due to her attitude, perhaps because she encouraged the Indians to argue for what they were promised, which turned out to be a dangerous move. Or maybe because she also encouraged them to try to educate themselves in the ways of the white people, claiming this would make them more productive as Americans, which they may have found insulting.

The article "Camping with the Sioux" implies that Fletcher may have also realized the error in her attitude. I did not get this impression in my studies. I suspect she simply realized that there was too much prejudice against Native American Indians at that time and her efforts were useless.

After Wounded Knee, Fletcher confined her work to ethnography. She returned to Harvard's Peabody Museum where she held a fellowship for the next 25 years. Her studies of the Native American Indians still influence American archaeologists to this day.

9 IS THE PERFECT NUMBER said...

9 IS THE PERFECT NUMBER said...